Famous teachers – you would never have guessed!

Let’s face it, years and years after you have left school you will still talk about a favourite or not-so-favourite teacher you had at school… laugh about an incident in class… reminisce about what was said…

Here are 8 famous people that were teachers before they became famous.
Bet you, you would never have guessed!

The British author J.K. Rowling taught English in Portugal before she landed a publishing deal that literally changed her life. She got the job after she applied to an advertisement in The Guardian newspaper.

She taught English at night and during the day she worked on the first Harry Potter book which turned into a hugely successful series of fantasy novels.

Rowling has been so successful that she was reputed to be worth between $650 million-$1.2 billion, in June 2020.

Can you imagine what it must have been like to have had Rowling as your English teacher?!

Sir William Golding,
author of Lord of the Flies

Another author that started off as a teacher is Sir William Golding (1911-1933) who wrote Lord of the Flies. This novel is about a group of British boys who are stranded on an uninhabited island, faring miserably to govern themselves. If it hasn’t been one of your setwork books, do read it!

Lord of the Flies has been named one of the 100 best novels ever and Golding one of the greatest British writers since 1945.

Golding declared that his teaching experience inspired him to write Lord of the Flies. One incident that stood out for him was a class of boys that he allowed to debate with complete freedom, which led to the classroom dissolving into disorder.

Alexander Bell not only invented and patented the world’s first telephone (!), but it is through his work as a teacher for the deaf in London, United Kingdom that he found the inspiration to create the telephone in 1876. Even after his invention he still tutored individual students.

Before Roberta was bestowed a star on the Hollywood Walk of Fame this singer-songwriter taught music and English in North Carolina, USA. Roberta Flack started teaching at the young age of 19 after she graduated from university.

According to Wikipedia, Flack is the only solo artist who won the Grammy Award for Record of the Year for 2 consecutive years. One of her most famous songs is Killing me Softly with His Song –listen to it here: https://www.youtube.com/watch?v=Dx1XtKbEtfE

The American singer Sheryl Crow, winner of nine Grammy Awards, once taught music at an elementary school in the USA.

Gene Simmons, the bassist of Kiss (often written as KIϟϟ), one of the most influential and best-selling bands of all time, taught Grade 6 in Harlem, USA whilst the band was still forming.

Gordon Summer, known as Sting, and lead singer of The Police, before he went solo, was a certified primary school teacher. Sting has publicly declared that teaching is one of the most important (and underpaid) jobs in the world.

Brian May, lead guitarist of Queen, taught Maths in London before becoming a successful musician.

Tips for teachers who are preparing Matric learners for final exams - The Matrics from the Class of 2020 – and their teachers – have to prepare for their final school exams like no other year group has had to do in the past.Here are 10 things to keep in…

The month of January is the timefor New Year’s resolutions. How long they last is another story. When February comes along it is time to set realistic goals. Remember: realistic goals are not big ideas or big dreams. But, a (realistic) goal is a dream with a deadline. The definition… 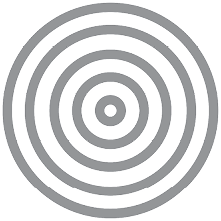 The Power of Mindfulness in Home Study - There are more definitions of mindfulness than fish in the sea. Okay, not quite, but you get the idea…These definitions vary from being aware of the present moment to purposefully focusing your attention on the here and now and what is happening…

Welcome to a new academic year in 2021! At this stage no-one is entirely sure what the year holds. This means that you will have to be flexible in your outlook. Write the following in your diary/make it your mantra for now: If you can’t control the current of the…

Have you ever wondered – or tried to calculate – exactly how much time you spend at school?Whether you enjoy school or not, this is something to think about, isn’t it? Here’s the answer: In South Africa there are about 200 school days in a normal school year. On average…