The power of self-efficacy

? The power of self-efficacy –

As explained on the IBSC website this action research project investigated how participation in a self-determined learning program could develop self-efficacy in grade 8 boys.

? Self-efficacy means having the belief that one can alter one’s life toward a desired outcome. Such belief serves as a powerful determinant in the decisions people make and the environments they choose.

In a short video on YouTube Katy Mellow explains that “agency is having the ability to take an active role in making purposeful choices and determining one’s future.” She continues by saying that developing self-efficacy is key. Self-efficacy is a set of beliefs one holds concerning one’s ability to alter one’s circumstances and future.

In her research Katy Mellow unearthed the following belief held by psychologist Albert Bandura: Unless people believe they can produce desired effects by their actions they have little incentive to act or to persevere in the face of difficulties.

This belief inspired her to create the Take Charge project, a self-determined learning programme focusing on giving her learners (Grade 8 boys at St. Stithians Boys’ College) an opportunity to deliberately and consciously own the process of teaching themselves a new skill. To own their learning the learners were given a lot of choice. Within parameters they were allowed to choose a skill they wanted to learn independently, carefully set their own achievement milestone to determine their mastery, find their own learning resources and strategies and controlled how they used the majority of their lesson time.

As part of their project the learners had to produce proof of themselves mastering their new skill, make a YouTube-style tutorial to teach their skill, teach a classmate their skill (one learner taught a classmate how to knit) and lastly participate in a public exhibition event where they engage with other learners.
One example of this was a learner who achieved his speed typing goal of 47 words per minute with an accuracy level of 97%. Another learner demonstrated how to pick a lock with paper clips and yet another one mastered and taught the intricacies of a Rubik’s Cube.

You could integrate opportunities for mastering experiences into your daily teaching too!

Listen to Katy Mellow as she explains her project and the process followed.

Read more on the project including the full report here and here.

We’re in the third month of the year already! Time flies… when you are having fun, or not. The choice is yours, as the saying goes. In a previous Teachers’ Blog (January 2021) it was emphasised that ‘The more prepared you are and the more you strategise, the more control…

?Tools for teachers to ensure that learners are coping - Facing a class with teenagers with different backgrounds, personalities, problems and stress levels is never easy at the best of times. Determining whether they are coping overall is not an easy task either.The following tools and tips are pointers to…

Congratulations! Felicitations! Take a bow. Cheers! Way to go! It’s all over. Finally, it’s all over. Now is the time to breathe a huge sigh of relief. Never in the history of our country – and many others – has a school ‘holiday’ been this long. You most likely don’t… 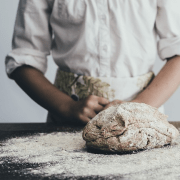 A few years ago The New York Times reported: “The body of knowledge about how the brain works is growing, but so is the list of gaps in our understanding.” They continued: “…many large and small questions remain unanswered.” Nevertheless there have been many breakthroughs in the science of learning.…

The ancient Greek philosopher Aristotle once said that “those who educate children well are more to be honoured that they who produce them; for these only gave them life, those the art of living well”. That should stop you in your tracks and make you think about your job! The…